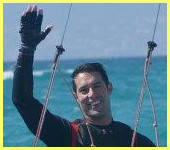 Federico Alonso, actually sailor of the 49er olympic class and national coach, is part of JF Sailing Solutions as a coach, applying his wide knowledge in many kind of boats, specially skiffs.

As a sailor he has raced in; Optimist, Cadet, Laser radial and standard, J80, J24, Cruising and actually 49er, having done two olympic campaigns (Pekin 2008 and London 2012).  He is actually preparing the Rio 2016 campaign.

As a coach he has been working at Real Club Astur de Regatas team with the Optimist, cadet and laser teams. He has also been coaching the 49er Spanish sailing team. 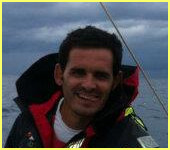 Born in La Coruña and with a Degree in economics, he has spend nearly all his life at sea.  He has been sailing in Cadet, 420, 470, Platu25, J80, Cruising and Megayachts, always competing at a great level and acheiving good results.

Together with his experience as sailor and coach he has been working as manager director of Quantum Sails Palma.